So what is house clearings you may ask? 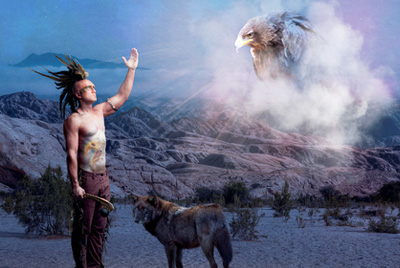 Well house clearings are to clear any unwanted spirits that are still lingering here on the earth plane who are still struggling to go to the light, to god etc. Some spirits do not even realize they have passed on so they get stuck in the astral plane. They still feel that the house they are in is still their house so when you move in, they think you are invading their space and their home. Some spirits even think that they are still alive and you are the ghost, so they need help crossing over to the other side.

For an example, the previous house I was living in had a ghost who lived in the attic. I discovered him when I was in the bath one night and could hear someone walking upstairs and banging around. I knew their was a presence and did not pick up on any bad vibes from it, only sadness. I never used the attic and lived alone. Even my dogs could hear the ghost rattling around. My Irish Wolfhound, MacTavish, would be scared at times to go in the kitchen by himself for a drink of water. I had to get up and walk with him. I then started to chat with the ghost because he was scaring my dog. It was beginning to be tiring because MacTavish drinks alot of water! I can at times pick up on the spirit's or ghost's name. I heard his name was "Bernard" and decided to call him Bernie...Bernie the ghost. It sounded much better and more suitable as he had such an adorable warm personality. 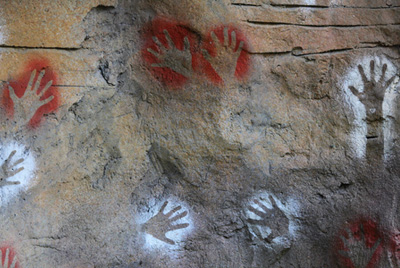 I was moving out of my house shortly and my friend Eric was over visiting. He heard Bernie rattling around. I then asked Eric to pick up what he was feeling as I also help people bring out their abilities and he is a natural healer & intuitive. He picked up on Bernie and how he has been living in my house for many years. I confirmed with Eric how right he was. So needless to say we decided to get a ladder and go up the attic to see him. Eric went up first and Bernie told him he wanted to see me. I then went up and could feel his presence very strong. I told Bernie to give us more of a physical sign he was indeed there. I then needed a brighter flash light, grabbed one from downstairs and went back up the ladder. Within 1-minute there was a note on the wall that was not there before. Eric also saw the note. The energy from Bernie was very saddened because he knew I was soon moving. He loved my meditation music. I told Bernie it's time for him to go see his wife and children who were waiting for him with God. I asked the angels to come forth to help him cross-over. I saw and felt the strong presence of the angel who came to Bernie. She smiled at me and we both knew it was his time to go. It was a very moving experience for me. Needless to say, within a few days Bernie finally went to the light to be with his family. I no longer felt his presence. This saddened me but I was happy that he was finally at peace. 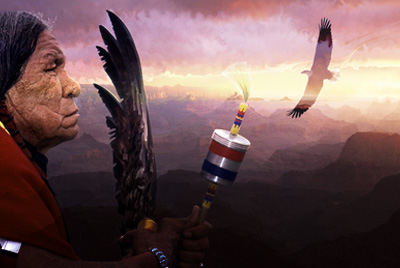 Spirits will make themselves more present to people who are sensitive. They know you have abilities to see and hear them. They will cling to people who pick up on energies from spirit, especially when they have a message for you to give to others. To clear out their energy and help them cross over can take a bit of time. Sometimes I can get them to cross over right away but it all depends on the situation.

House & business clearings are also to clear out any negative energies that you may carry yourself and/or anyone else who has come into your environment. If I have someone over who is negative, I will clear my house (and myself) after they leave. Even if I am out and find myself with a crowd of people who have negative energy, I will clear myself when I get home. 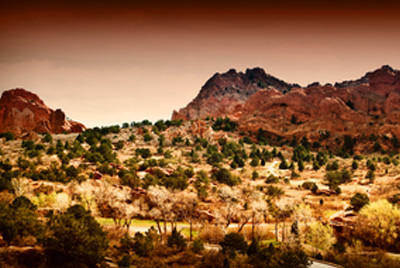 I use good quality sage and sweet grass when I do a clearing. This process is called "smudging". Some people grow sage in their garden and use that to do smudging. The sage must be completely dry which can take up to two weeks. Sage is also known for its healing and medicinal properties and has been burned since ancient times to cleanse objects and others. Smudging comes from ancient Native American rituals & ceremonies. It blesses your home and clears negative energies. It also helps a spirit pass over to the other side. I put my sage in a bowl or abalone shell, light it and walk around the entire home or office, clearing out all negative energies. This also clears the aura and purifies the air. If doing a clearing on a person, make sure you sage the entire body from head to toe, as energy is fluid. Sage has anti-bacterial properties and will help with any illness in the environment and/or a traumatic event. I love the smell of sage. It's so purifying. It will cleanse the environment completely and clear any stuck, unwanted or stagnant energies. It will neutralize the energy you have created ..People will smudge their homes before they move in to clear out the last energies that lived there. Some people will also use a Tibetan bowl and or Tibetan bell to raise the vibration in your environment also. Depending on the circumstances, I will do a smudging ritual blessing and use the Tibetan bowl and or bell and speak with the spirit who is in the environment and may even use some holy water. Some people will even put salt in all corners of their home and also a cross in each room in the house for protection. 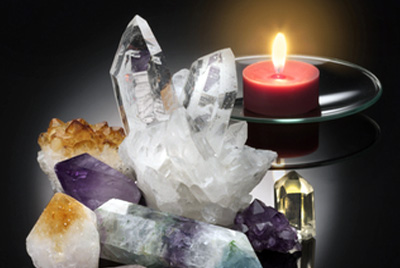 You will either hear noises; smell all kinds of things such as perfume, smoke; have cold spots (cold air all of a sudden coming through your house when there is no window or drafts coming in); unusual physical sensations; physical touch by the ghost/sprit; moving objects; and also electrical interference.

If you do feel a presence in your environment don't have any fear because the spirit will pick up on your fear and can at times use it against you. I normally tell people to speak with the spirit/ghost using a positive note, filled with compassion and unconditional love. Don't forget they think you're either a ghost and they are still alive, or you're invading their home. They are lost spirits. Tell them to go to the light, to walk towards the light to feel warmth and love so they will find peace and be with their family and friends, to be fearless and know all is forgiven regardless of the situation or how traumatic their death. They just need a bit of guidance. Wish them well on their new journey and send them love and light.

Looking for answers? Jeni can help. Book a Session now!

Articles on a variety of earthly & spiritual topics.  Read more...